Sorry that I haven’t posted in a little while. Life happened, but I’m back now with another installment of Project Fox. I have some new screenshots from Tinder highlighting both the feminists and misogynists that exist there. Without further ado, the posts from the past few weeks.

What I’ve discovered so far is that most guys fall into four categories of reacting to my claim of being a feminist. They hit on be like any other girl; they use feminism to hit on me; they actually want to know about feminism/are femnists; or they are just going to be sexist and rude. I’ll let you be the judge, though.

The men that hit on me like any other girl: 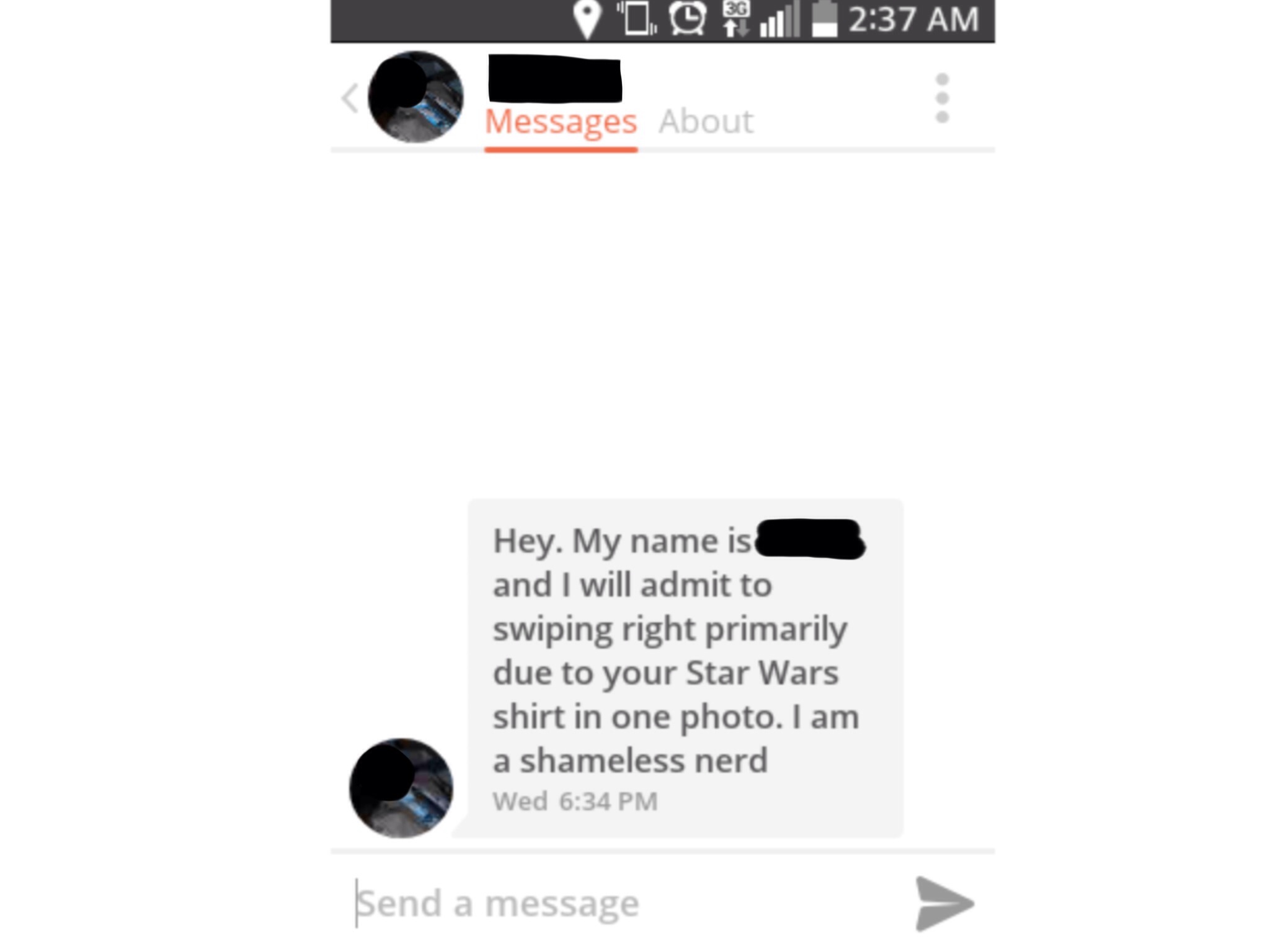 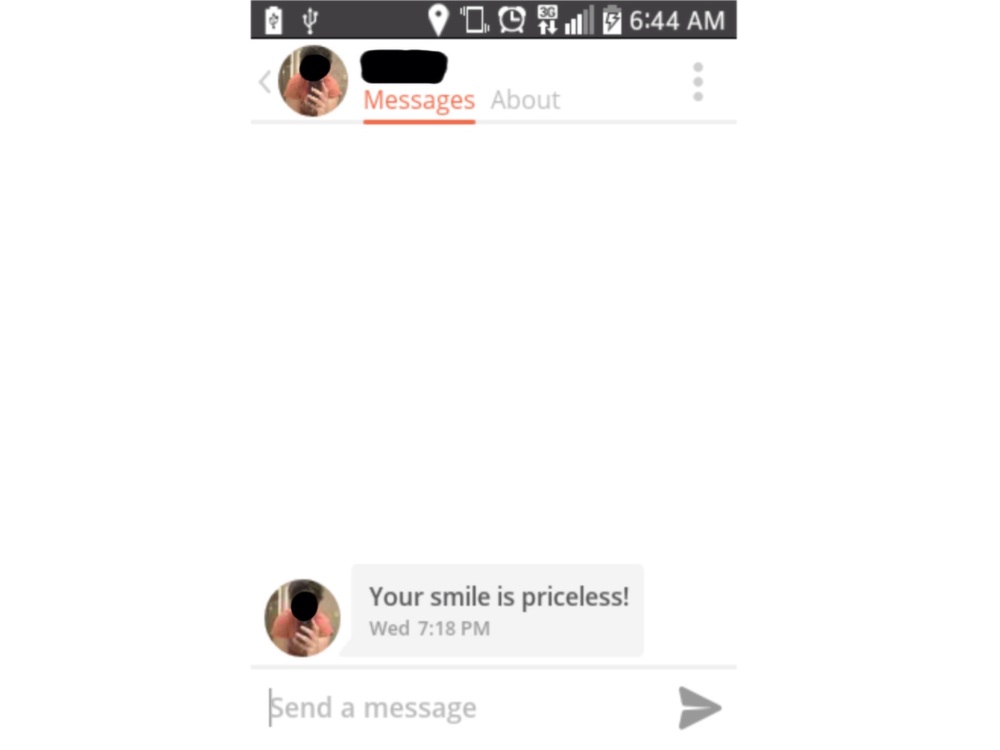 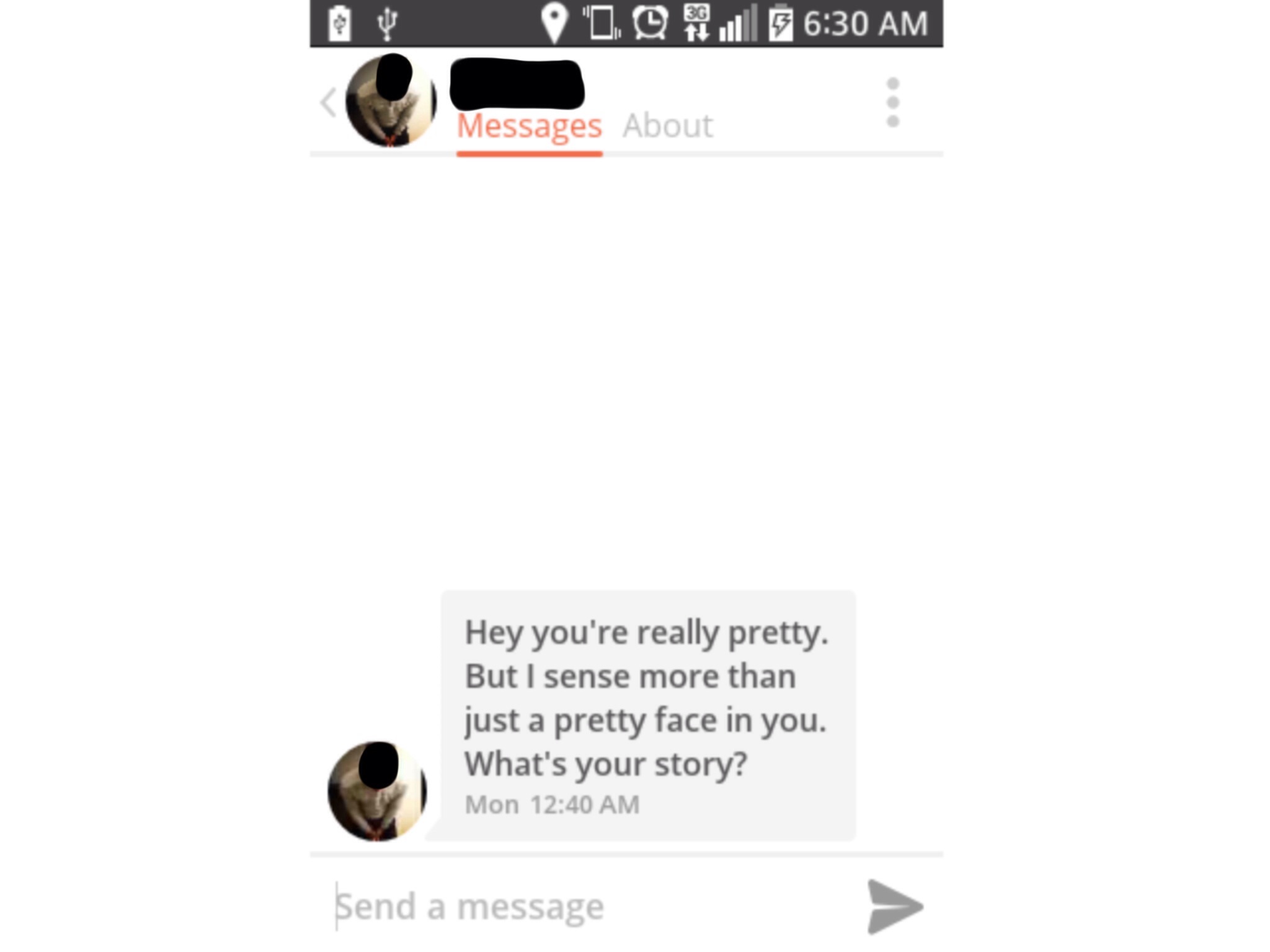 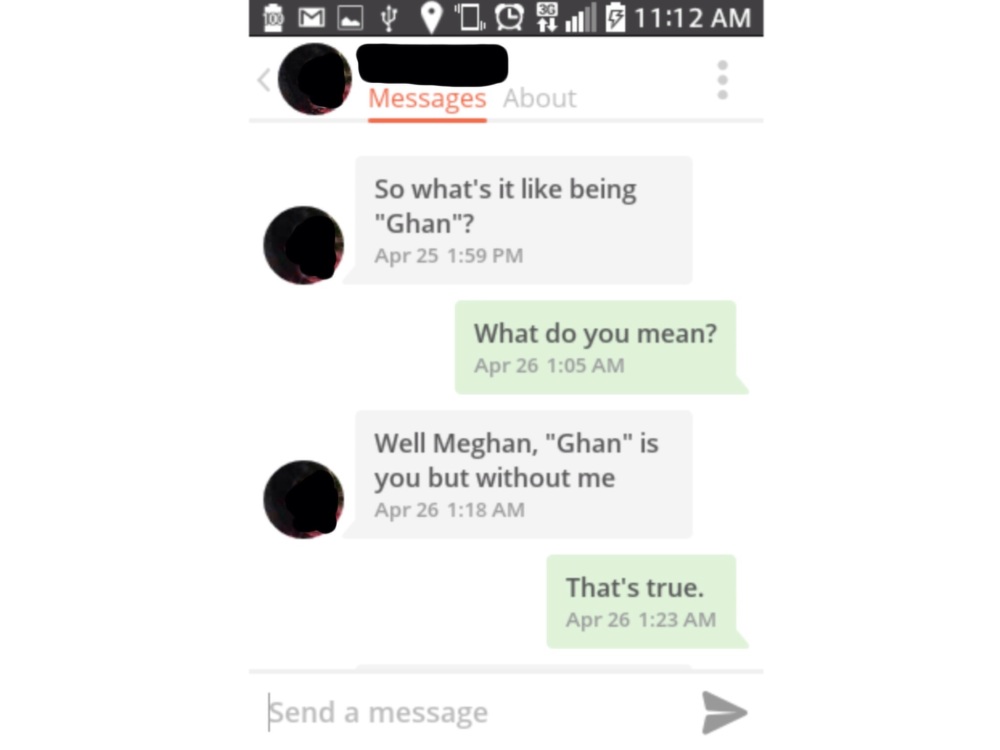 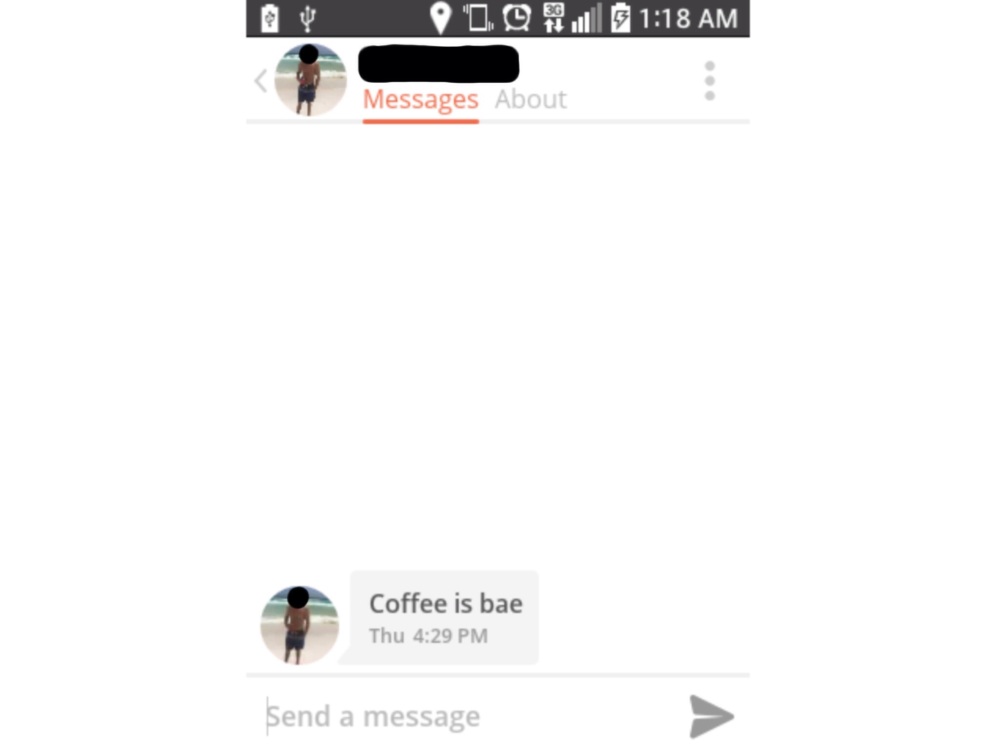 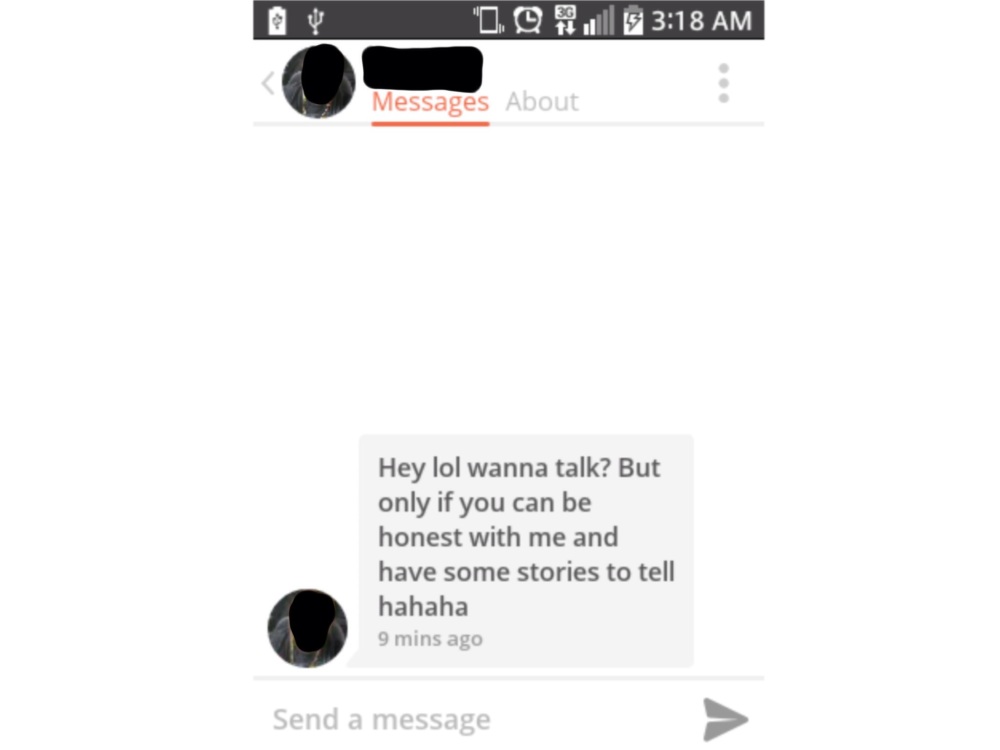 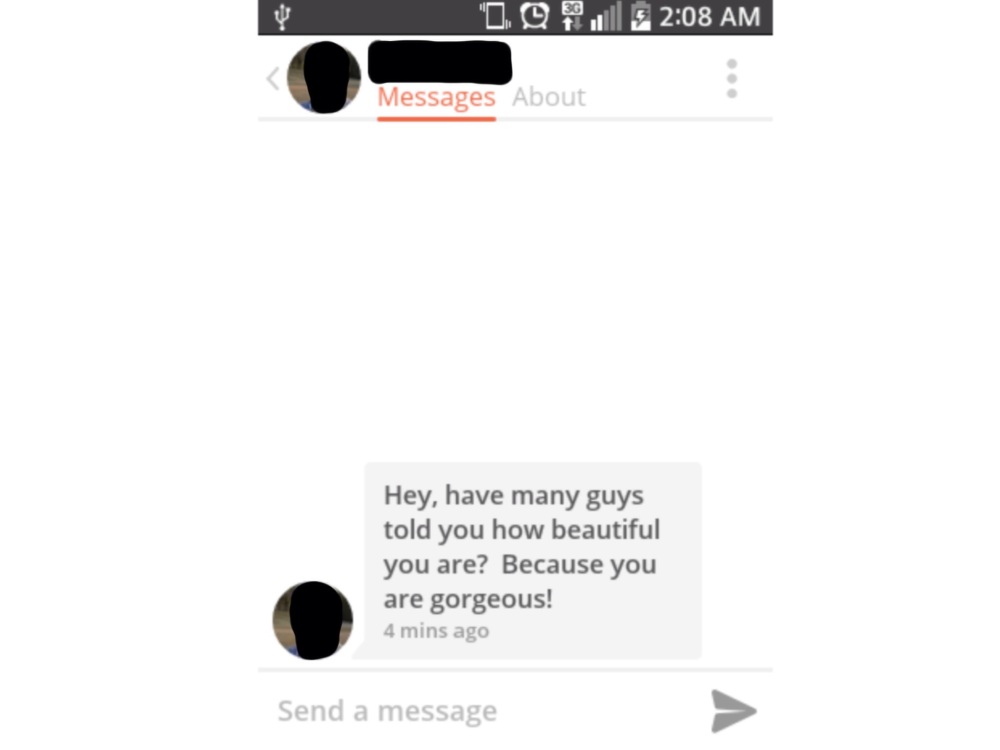 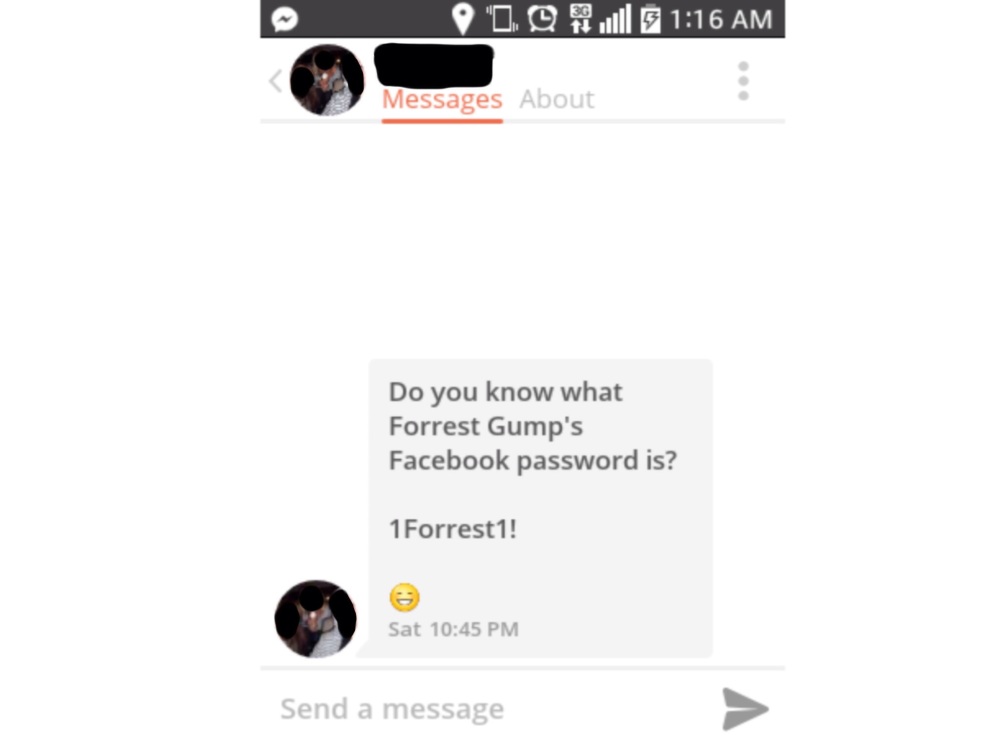 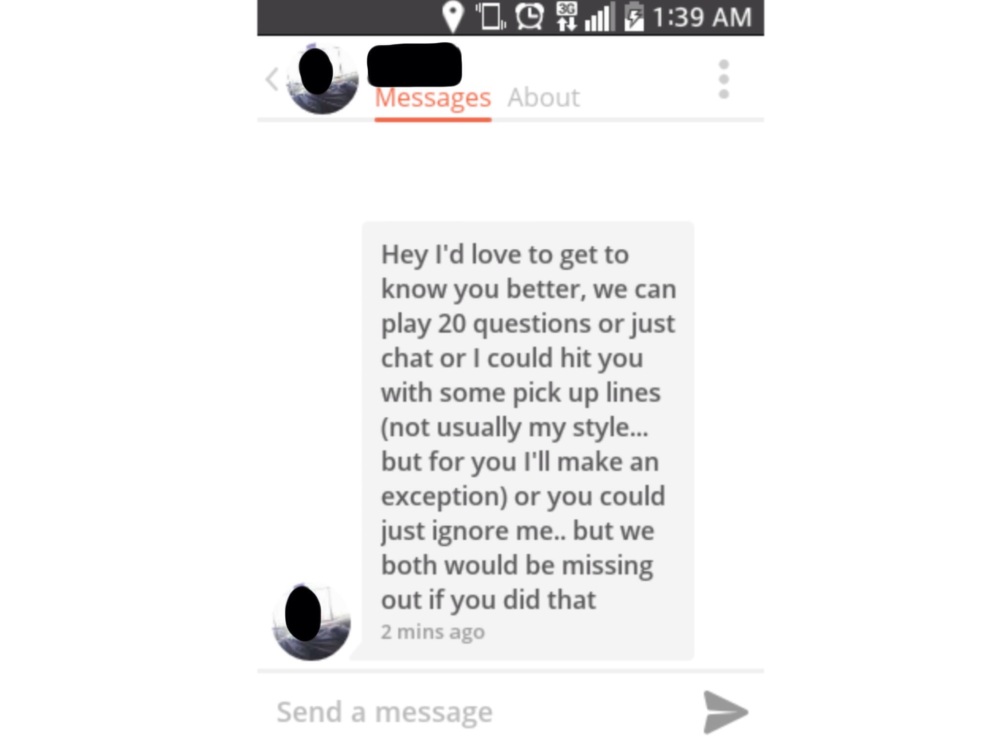 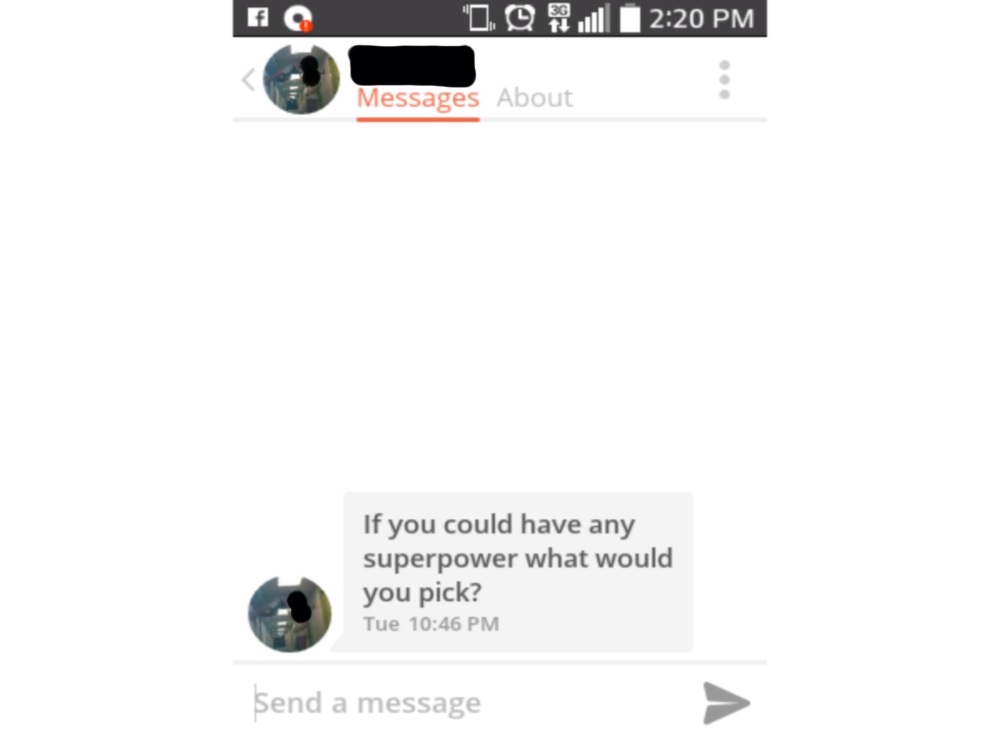 The men that use feminism to hit on me: 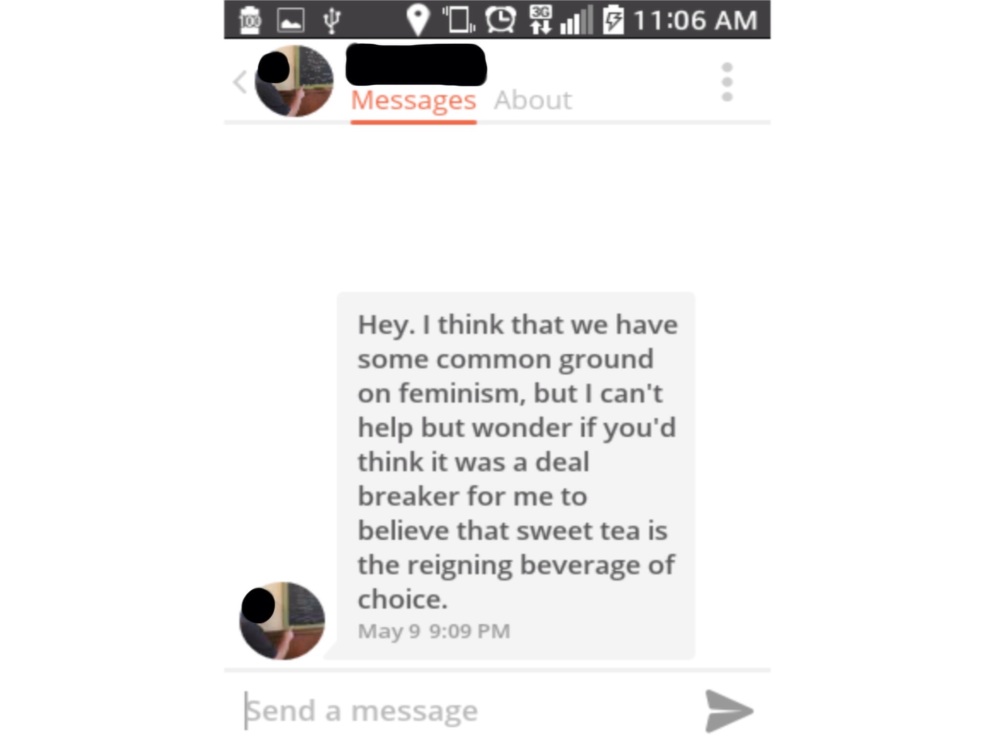 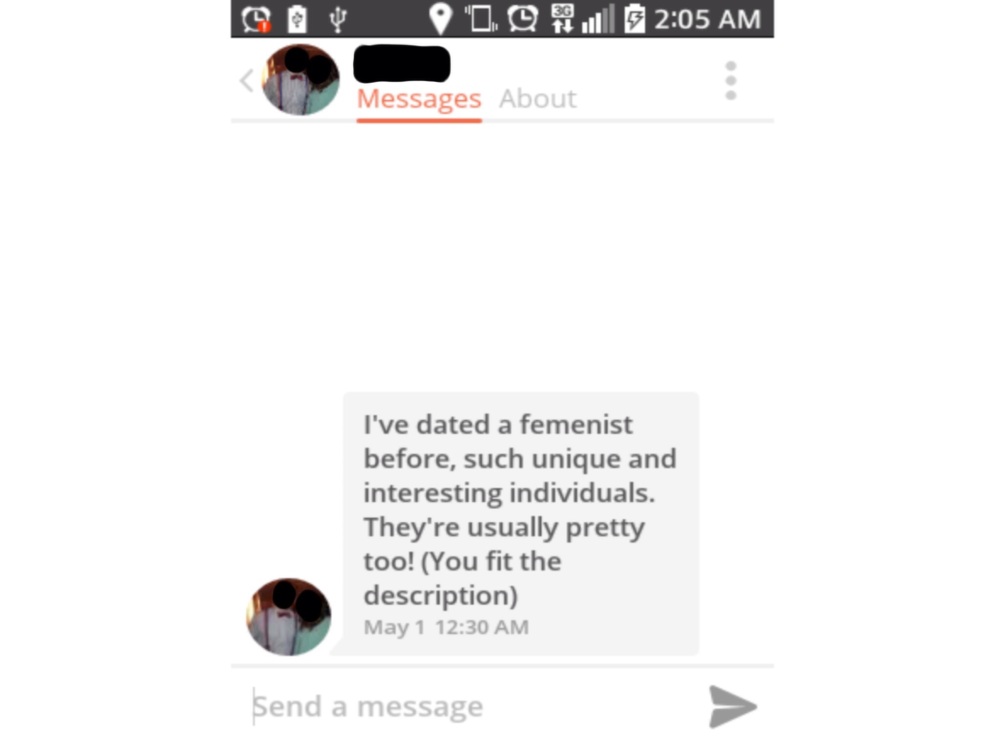 Men that are feminists or want to understand feminism: 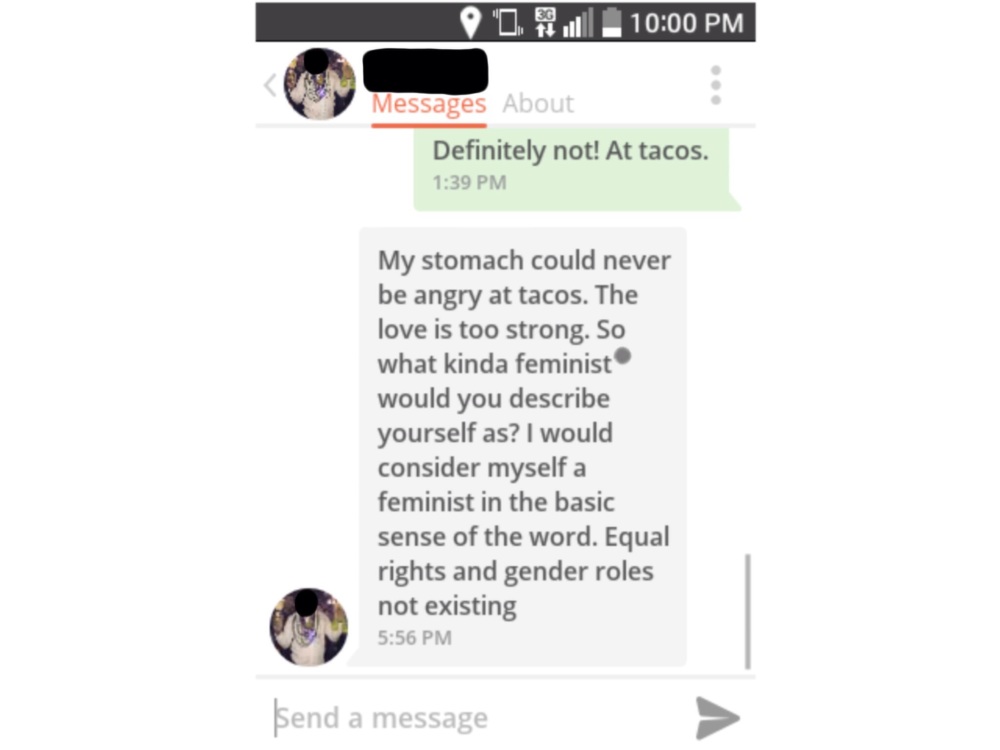 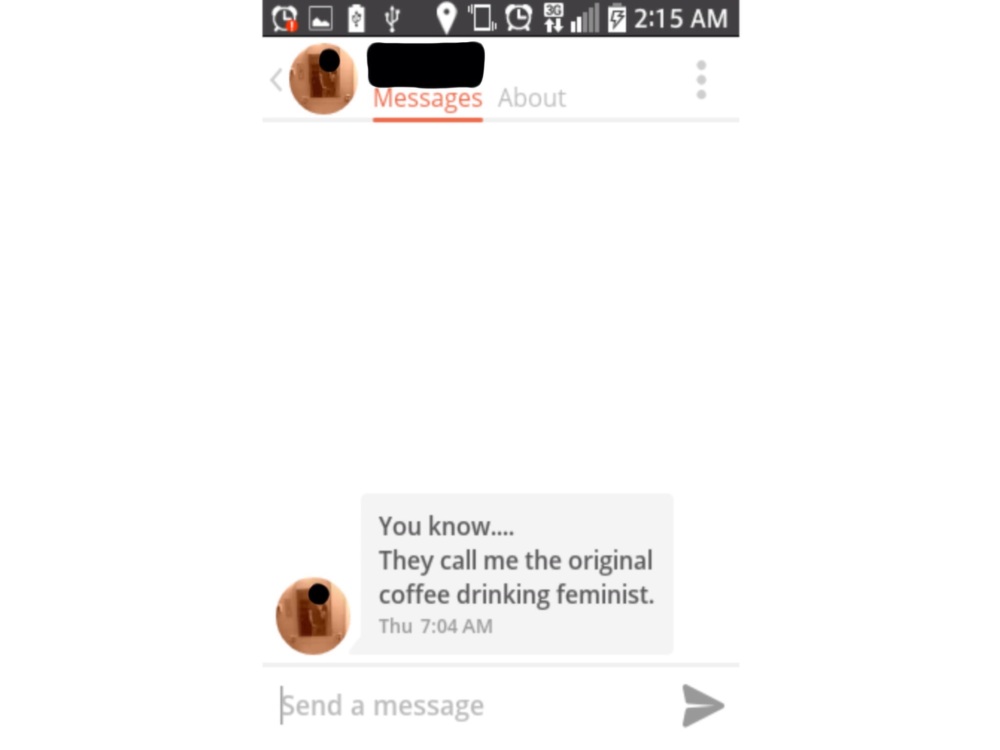 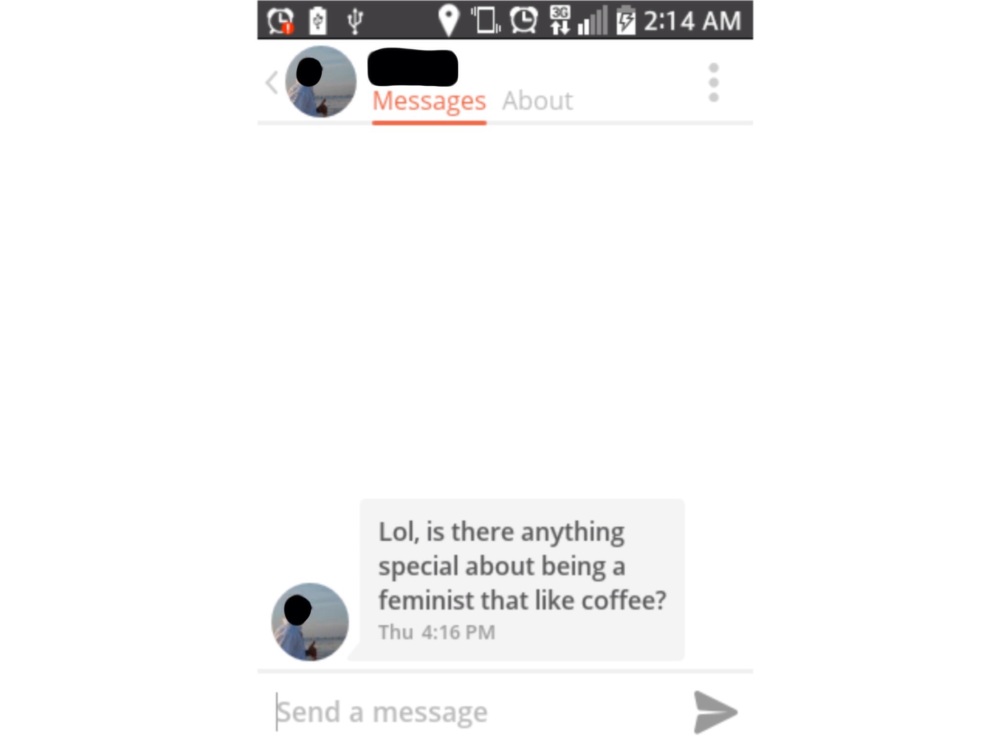 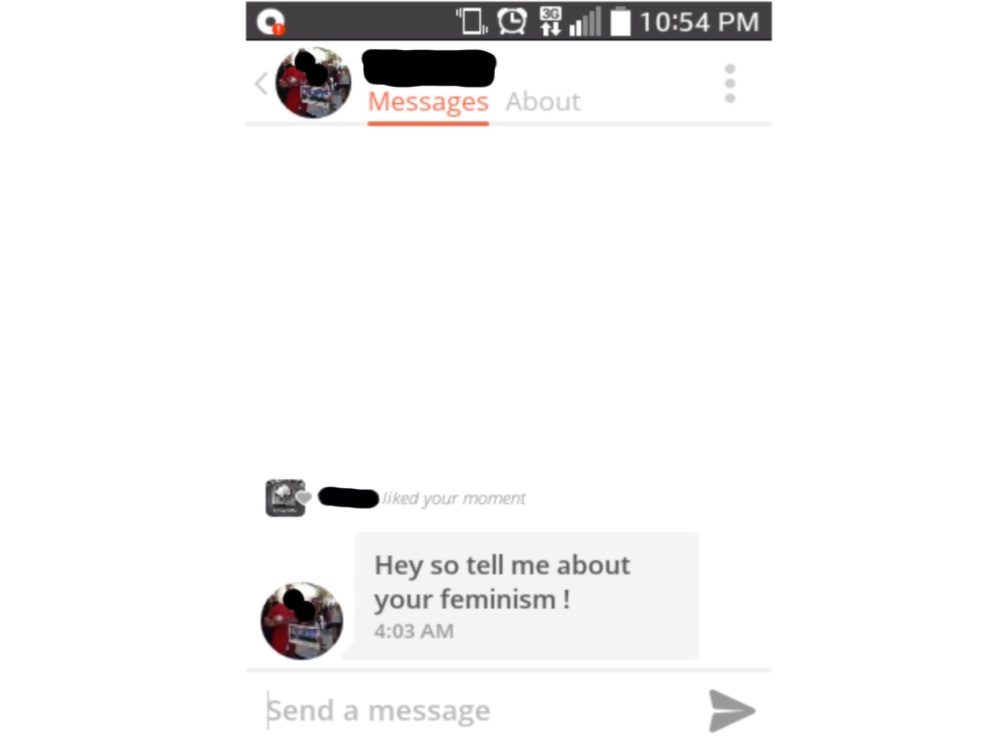 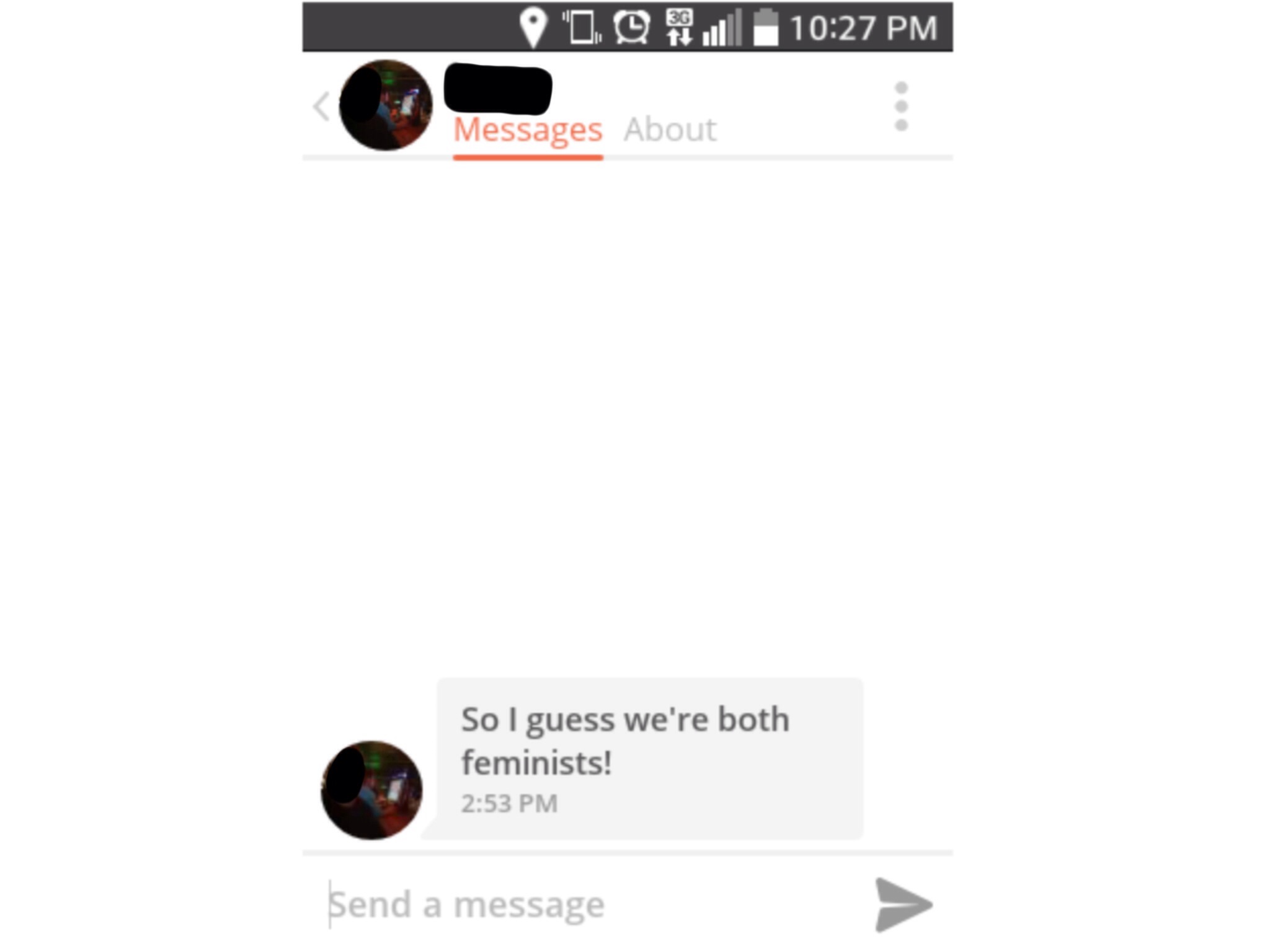 Men that were sexist or generally rude: 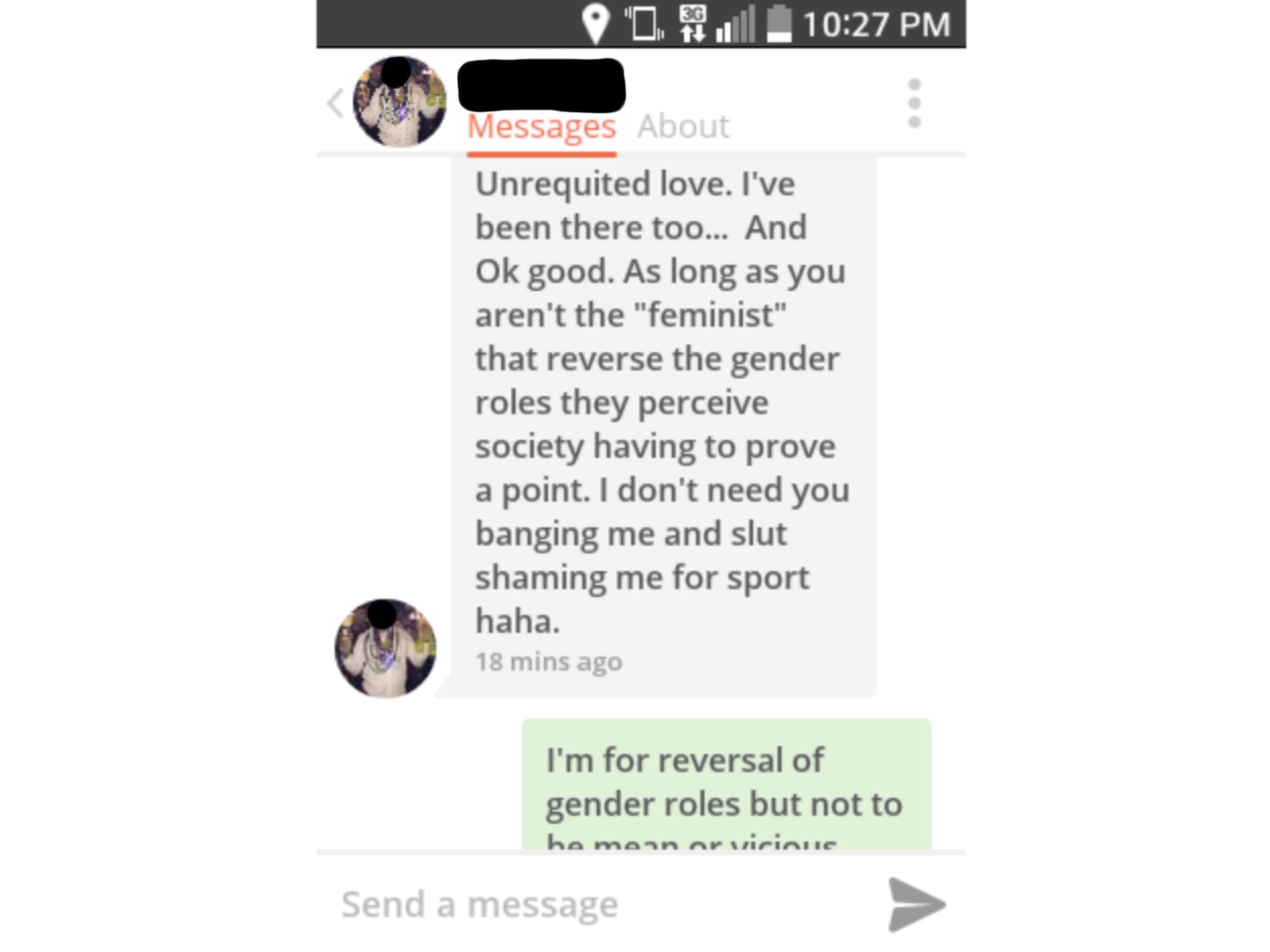 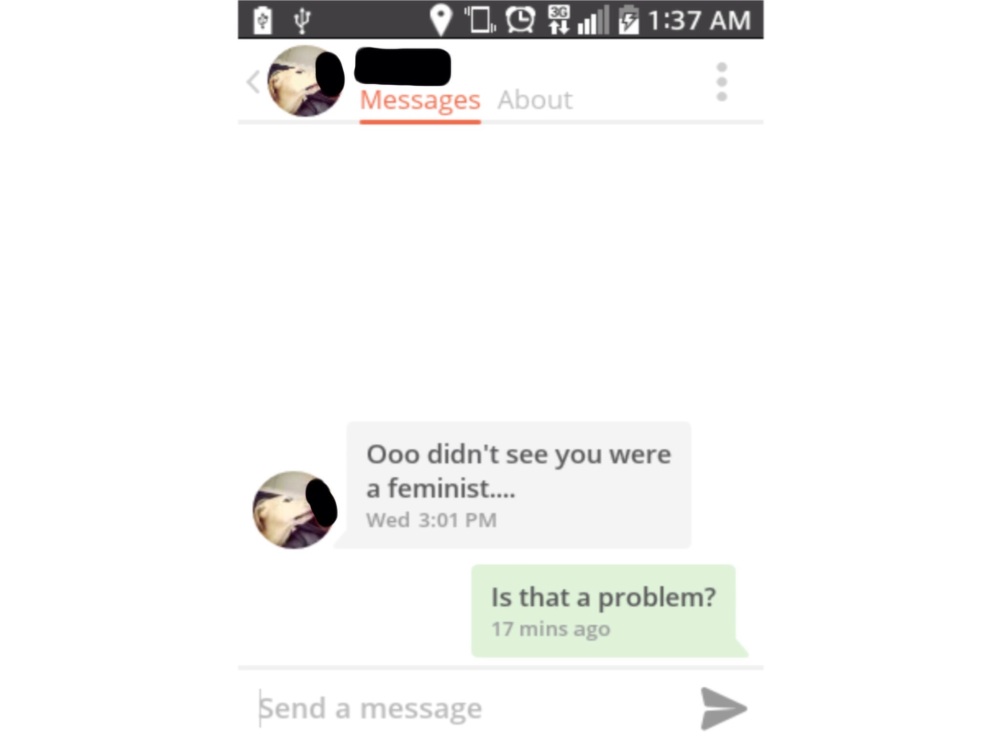 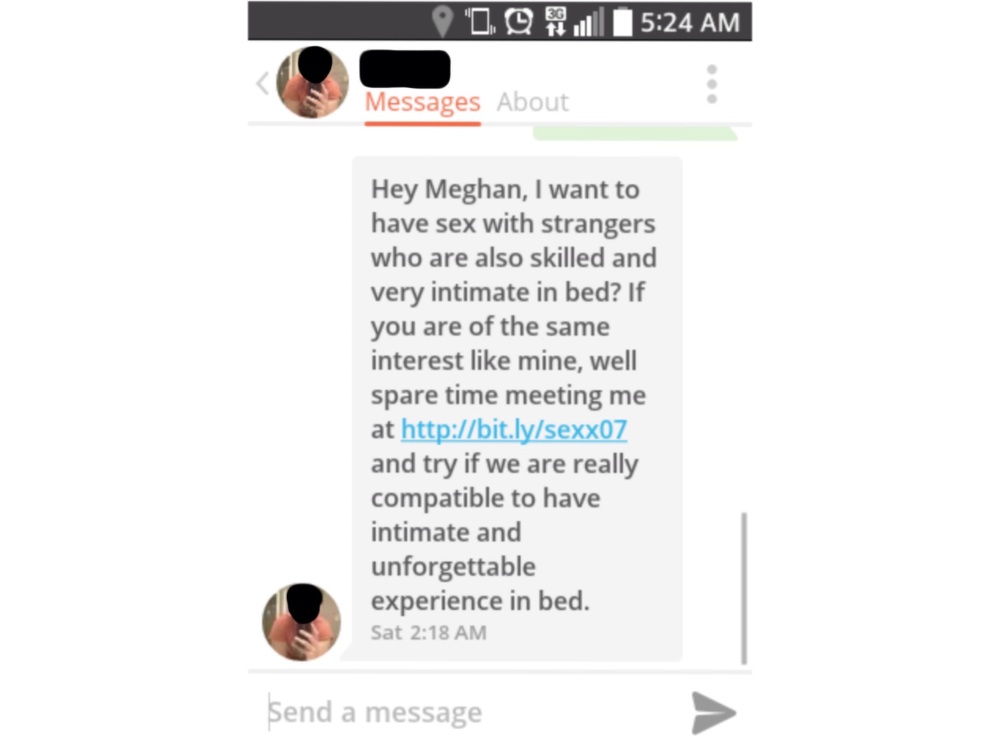 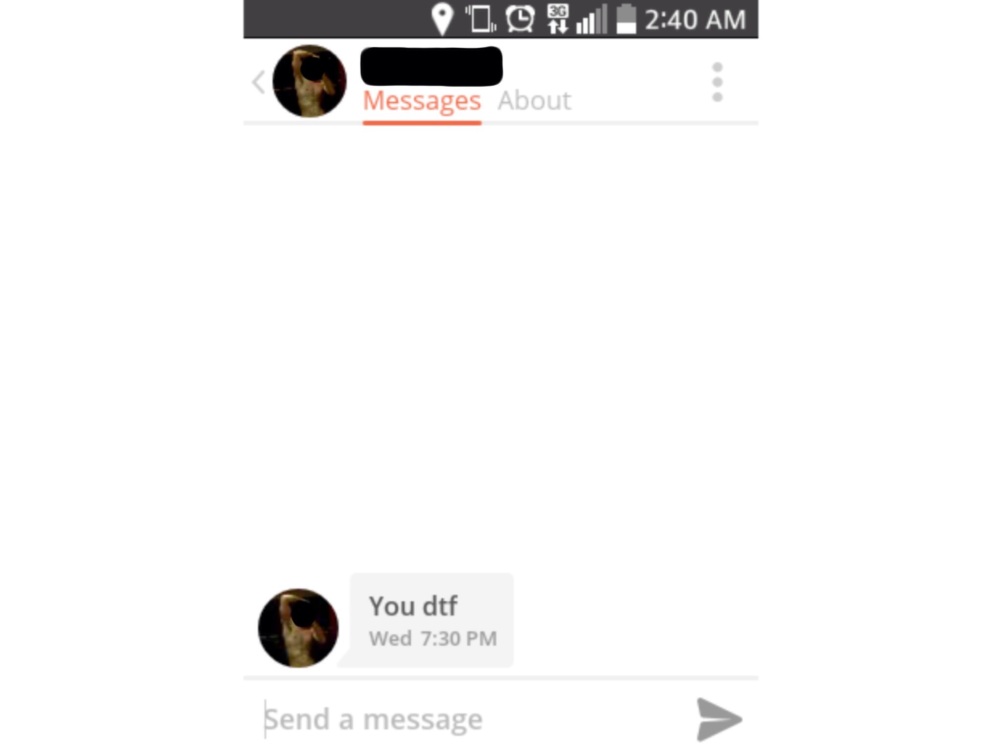 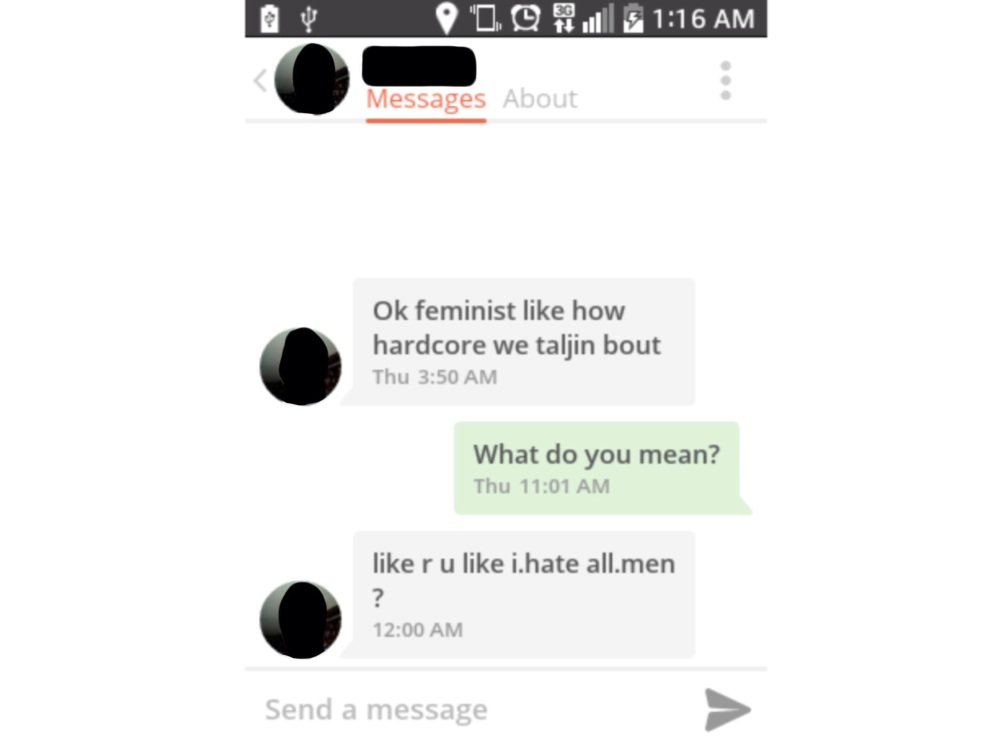 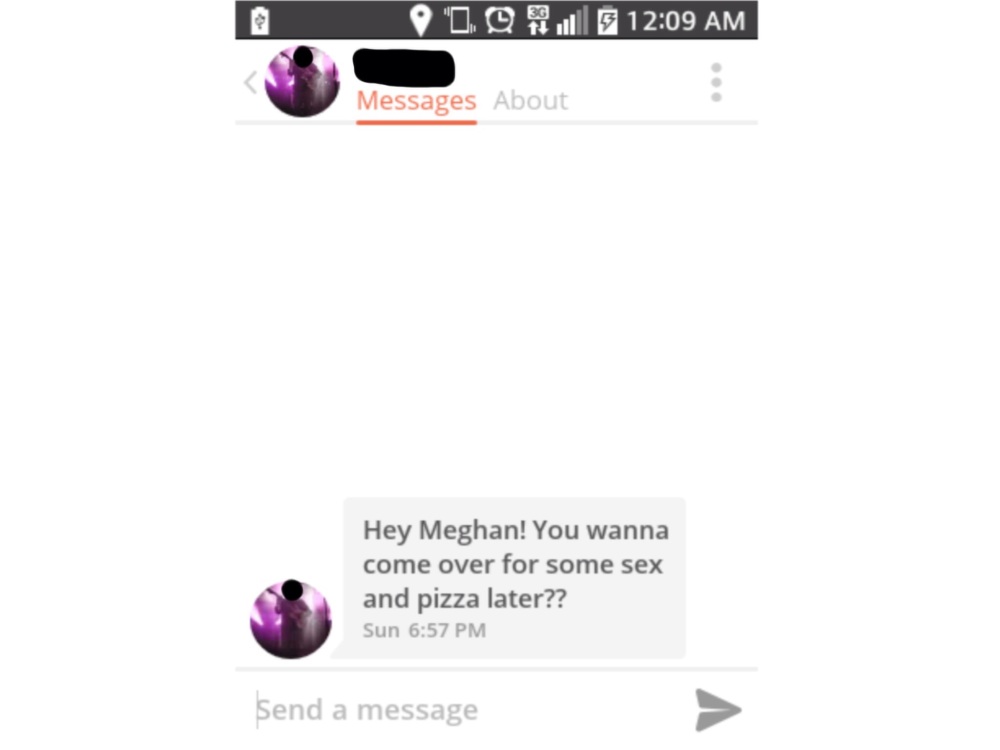 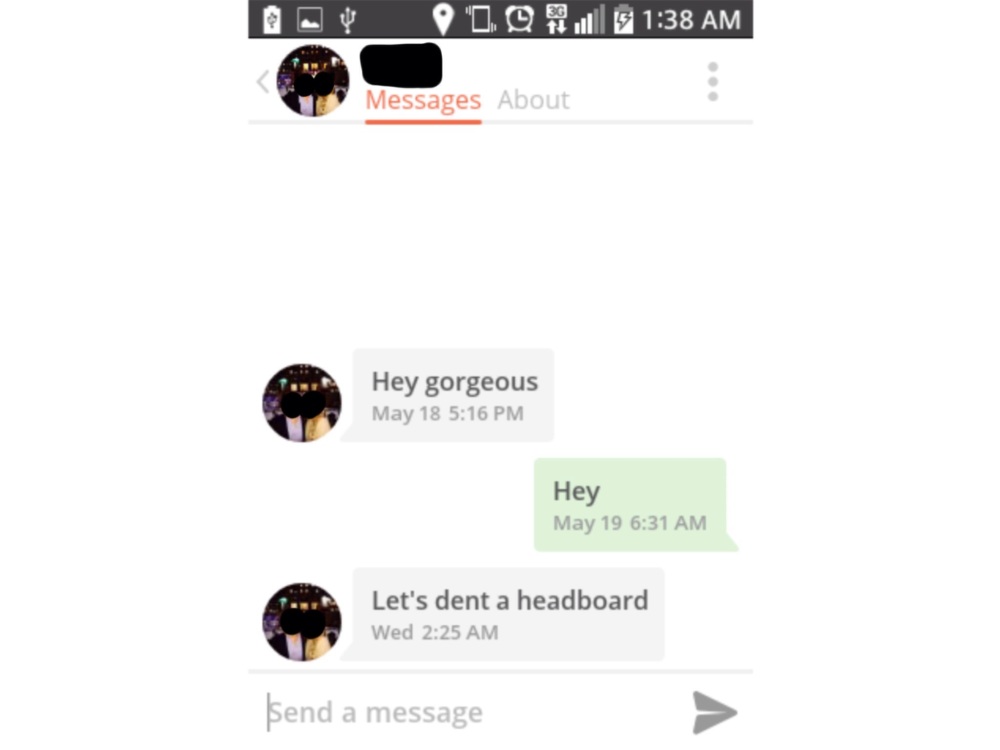 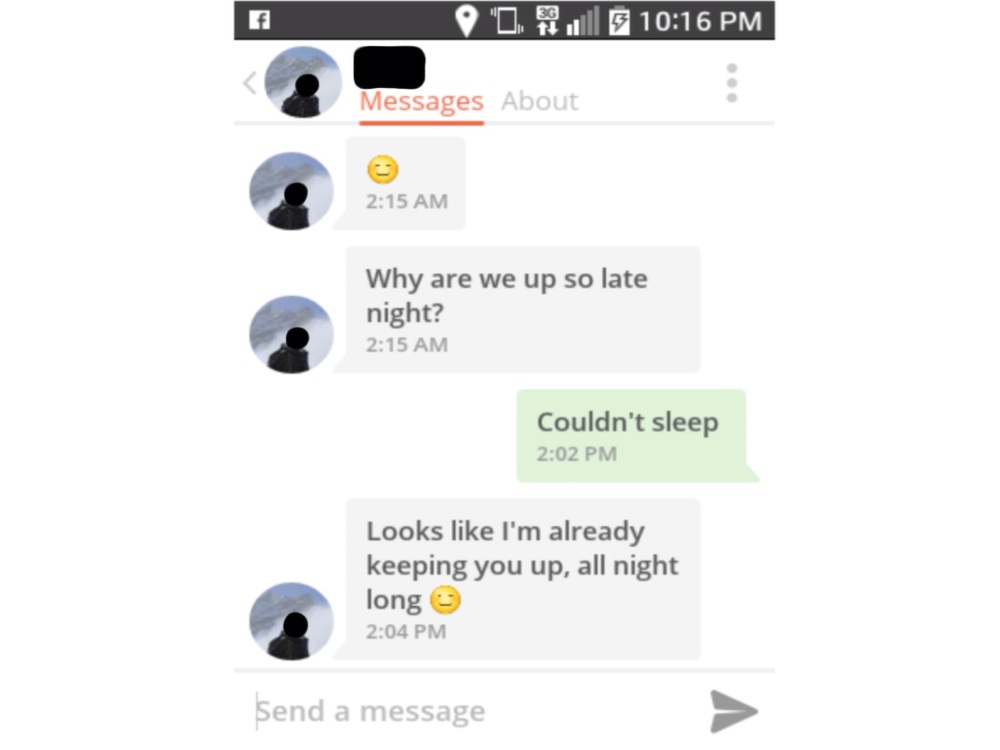 Well, there you go! More messages from the men of Tinder. I hope you’ve been enjoying this series! Now that things are slowing down, I should be back on my regular posting schedule of one to three posts a week. Also let me know what you think about the blog and questions about feminism you’d like answered!